Hooray random ideas at work! I have this old stereo in my house now, but the amplifier is broken! Until I fix it, I thought I might be able to hook up this old head unit SLASH CD player from Sue to the stereo. And I was right!
The head unit in question is an old Sony CDX-L410X CD-R/RW from the Sony Xplod line. My dad bought this for my car for my 16th birthday, and I've replaced it since then with another head unit which can play MP3 CDs and also has an auxiliary input. But I figured I'd have a use for this one yet, so I kept it around. That time is now! 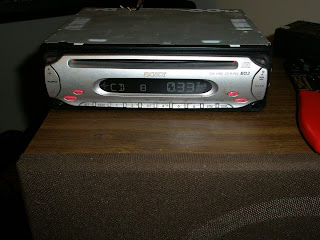 The speakers are Fischer speakers from probably the 80s? I think they are in the neighborhood of 60 watts, but this is a fairly meaningless specification. The important parts: they are pretty cool looking and sound good with a good amp. 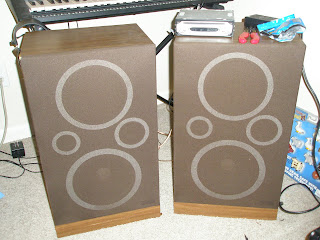 To briefly explain the wiring for myself in the possibly near future, there were three wires connected to the +12VDC supply, and I am only sure what one of them is. The blue wire is the "signal" wire which normally would be connected to a vechile's ignition to tell the CD player to turn on. One of the other ones is power (I don't know which one) and the other one, I don't know what it does, but it seemed to need power so I just mashed them all into one wire nut. Those two wires are orange (or red?) and yellow.
EDIT: The blue wire actually doesn't do anything that I know of. Now I believe the yellow wire (with fuse block attached) is the power wire and the red wire is the signal wire. I put a switch on the red wire, and when I turn the switch off the head unit turns off and then beeps at me (supposedly to remind me to remove the face plate) which is how it would work in a car. So there's that.
There are two ground wires connected to ground from the supply. One is connected to the black wire on the wire harness (where the other wires are plugged into) and the other one screws on to the case for chassis ground. In some head units, this chassis ground is made when the head unit is bolted to the car. The stereo wires are green and purple and come in pairs. There are two other pairs, because this head unit can potentially drive four speakers (front/back, left/right). 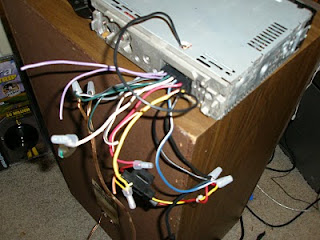 And it's all powered by this random power brick! It can source 4.2 amps at 12VDC from a 120VAC source (like the wall) which perfectly simulates a car! 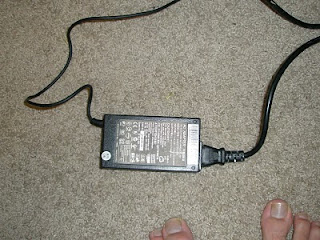 The next step is to build a cool and artistic enclosure for the head unit out of plexiglass and lights. I will be getting help with the "artistic" part.
Posted by Bryan at 7:03 PM No comments:

Hello. Are you a mechanic/welder/exhaust specialist that I have asked to possibly rebuild my car's (Sue's) exhaust? Well, if so, here are some pictures just in case you don't realize exactly what you are getting into.
Twenty-two years and almost 200,000 miles was not kind to Sue's exhaust. We begin our journey at the exhaust manifold and heat shield: 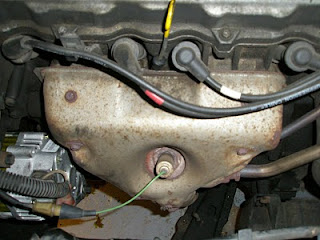 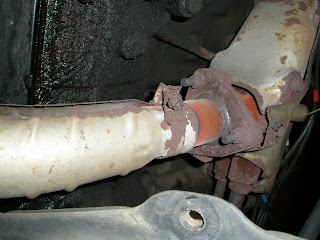 This is a bottom view of the down pipe from the manifold. The first few years of Sue's life she was driven in upstate New York in the snow, slush, and salt. At least 16 years of rust has accumulated on top of the rust from the northern salt. 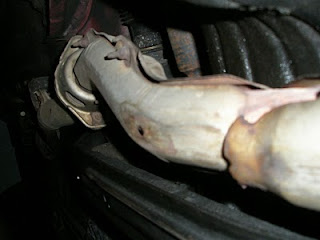 This is a view from the front of the car facing the rear, towards where the catalytic converter WOULD be... 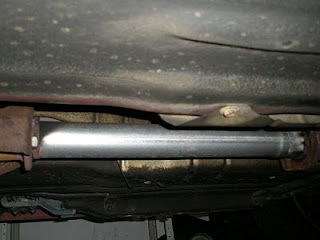 Instead of a cat, there is an 18'' steel pipe. Three bored, about-to-graduate college students were not kind to the catalytic converter. The rusted bolts pretty much disintegrated when removed, the rest were removed with an angle grinder. The cat is on Sue's back seat. 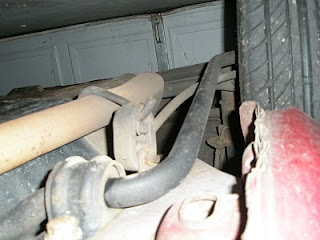 You will want to rotate your head 180 degrees to see this picture. It's not very useful but eh. Sometimes the best things in life aren't useful. And, the piece de resistance (piece of resistance): 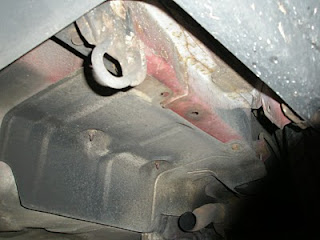 The muffler! Where IS it? Gone. That's where. The "tail pipe" can be seen in the bottom of the picture, and a space for the muffler is clearly visible, along with some mounting holes. It fell off the car about two and a half years ago and Sue never looked back.
If you are still interested, and the price is right, please feel free to rebuild Sue's exhaust, from the engine block to the tailpipe.
Posted by Bryan at 5:15 PM 1 comment: